The Met: Live in HD

Adding to the events available at the Marion Ross Performing Arts Center, are two great programs projected in high definition onto a widescreen: The Met: Live in HD and National Theatre Live.

Tickets for performances shown at the Marion Ross Performing Arts Center can be found here. 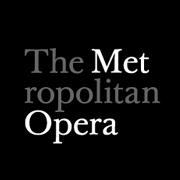 In 2012, ACT and Albert Lea Civic Music partnered to bring The Met:  Live in HD to the Marion Ross Performing Arts Center to give people in the area an opportunity to see The New York Metropolitan Opera live in Albert Lea.

The Metropolitan Opera, is a vibrant home for the most creative and talented artists, including singers, conductors, composers, orchestra musicians, stage directors, designers, visual artists, choreographers, and dancers from around the world. Known as the venue for the world’s greatest voices, the Met has been under the musical direction of James Levine since 1976. Maestro Levine is credited with having created one of opera’s finest orchestras and choruses.

In 2006, the Met launched a groundbreaking commissioning program in partnership with New York’s Lincoln Center Theater, which provides renowned composers and playwrights with the resources to create and develop new works at the Met and at Lincoln Center’s Vivian Beaumont Theater.

Tickets to all Met Live shows are $20-adult.

Find out more about The Met.